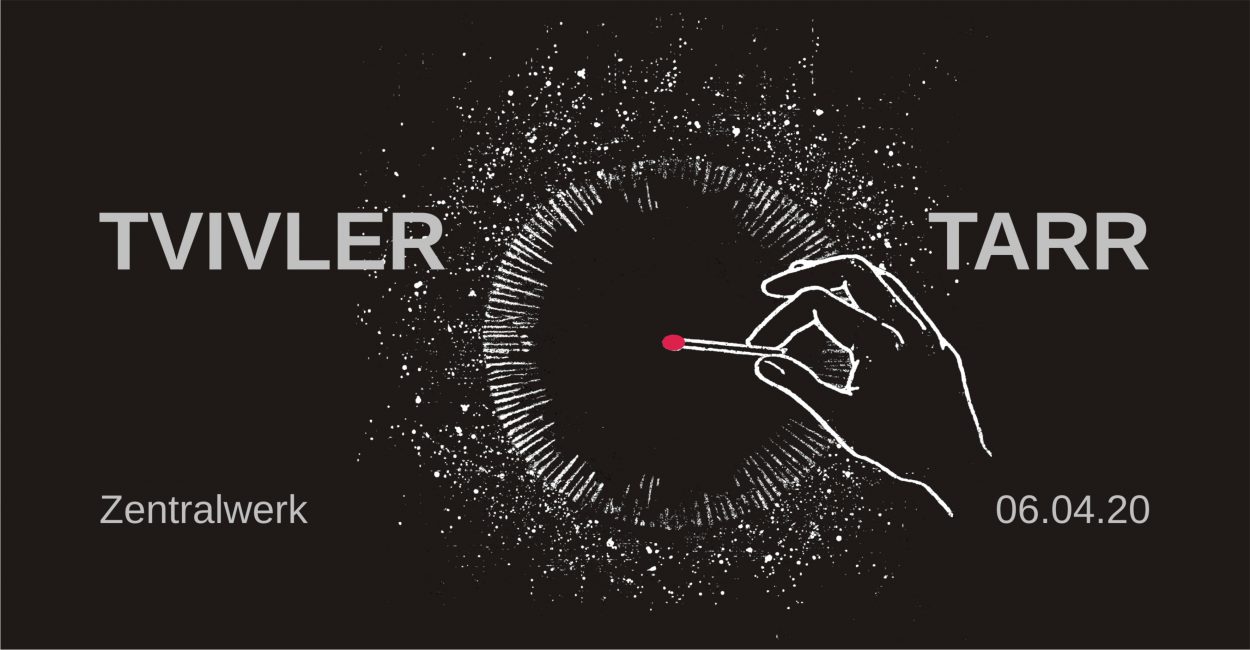 is Morten Ogstrup Nielsen (bass), Thomas Feltheim (guitar), Morten Clausen (drums) and Thomas Burø (vocals). In 2014, the band was formed on an ambition to write fast, dirty, intimate and violent music. That ambition was expressed in 2015 – 2017 in the form of three EP’s under the title Negativ Psykologi #1-3, and shows in Denmark, Germany, France, Czech Republic and Slovakia. In 2017, Tvivler performed at Roskilde Festival and went on to compose what was to become EGO.

EGO is an album of courage and defiance. It is an album about relations and relations to self, about knots and inner monstrosities. It is songs in the neoliberal Copenhagen, songs from late modern life, songs about the insides of capitalism, about keeping up without holding on. It is an album of songs about reclaiming life from hopelessness. About wanting and committing to what is important. The fifteen songs on the album channel inspiration from both straight up punk rock, ambient drone and noise rock: drums, bass, guitars, and voice. Each song has been cut to the bone; it’s pure maximalism. The album is a tribute to punk rock at its purest but also challenges the dogmatism that often comes with it.

All band members have been active on the Danish scene for a long time. Feltheim and Clausen were in the hardcore band Children of Fall and mathrock outlet Obstacles, Burø sang for Lack, and Ogstrup is still active with Town Portal. Throughout these bands the music has always been adventurous, expressive and energetic. Tvivler is the logical continuation of this spirit; it’s a punk band with equal love for Blondie and Brutal Truth.

is a relatively young band from far eastern Germoney. Members and ex-members of Idiot Savant, Mounter Re Doutier, Audiocaeneat!, KŸHL and many more experiment with Screamo, Math Rock and Post Rock. The music turns out to be suprisingly catchy whilst never sounding kitschy. Look forward to beatifully open guitar chords, a mid-rangey melodic bass guitar that nicely accompanies the guitar harmonies and powerful drums that will surprise you with a double bass-attack when you least expect it.